The Offside Rule (We Get It!)

Bored of listening to middle aged men talking about football? – good as they are, we wanted to capture a different side of the beautiful game. Easy right? Well it’s taken a lot of hard work but here we are.. one season and 29 episodes later and going from strength to strength. We cover men’s and women’s football, we don’t know it all, but we do know how to talk. As well as our three leading ladies, every podcast features an update from our female football experts around the globe – hear the latest from the Bundesliga, Serie A, La Liga and Ligue 1. We like you getting in touch as well – love having your say? Get yourself over to our Twitter Topic of the Week. Behind the scenes a youthful and determined team run our social media, press and website. We want to build on the buzz you helped to create in past seasons; from an exclusive interview with Jose Mourinho which was picked up by Sky Sports and Talksport to hosting our penultimate episode live at Stamford Bridge for the UEFA Women’s Champions League final. From guest hosts like England’s all-time record cap holder Rachel Yankey to interviews with legends of the game like Cyrille Regis – for the coming season you’ll get more. 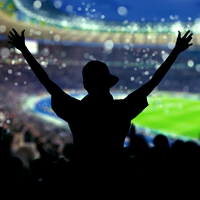 Football, Peter Crouch and WTO discussed on The Offside Rule (We Get It!)

Football, Peter Crouch and WTO discussed on The Offside Rule (We Get It!)