Mike Broomhead is the fastest growing name in talk radio today! Mike has been with KFYI since 2005. He uses his business and life experience to address the issues that Arizona citizens face today. Rooted in fiscal and social conservatism, Mike leaves no doubt where he stands on any issue. He fights for the freedoms of Americans and brings the hottest issues of the day to his listeners. Mike initially made a name for himself speaking at the largest pro-troops rallies in the country. He was called upon to debate against the anti-war crowd on both television and radio and is now highly requested around the country to speak at events. Mike also had the privilege of being the master of ceremonies for 2 Presidential visits in 2004.

Arizona Has Had More Than 1M Coronavirus Cases

Arizona Has Had More Than 1M Coronavirus Cases

Dave Packer, U. S. Capitol And Library Of Congress discussed on Mike Broomhead

Dave Packer, U. S. Capitol And Library Of Congress discussed on Mike Broomhead 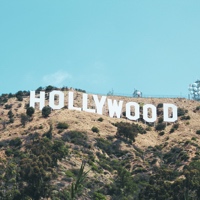