Bill Cunningham is a nationally recognized radio and television host, veteran attorney, and business entrepreneur. With a radio career that spans more than 25 years, Bill has forged a reputation as someone who is not shy about expressing an opinion, or holding someone accountable. Since 2006, Cunningham has served as the uncommon voice of the common man as host of Live On Sunday Night, It’s Bill Cunningham, a weekly national radio program. The three-hour show can be heard on nearly 350 stations and features Cunningham’s commentary and discussion on news, current events, politics and more.

Guys cold tomorrow with an afternoon

Guys cold tomorrow with an afternoon

Look, this is a distraction. This is

Look, this is a distraction. This is

Thiss report is sponsored by mothers against Drunk driving,

Thiss report is sponsored by mothers against Drunk driving,

Course study and this is Fox News.

Course study and this is Fox News.

And Ironwood news on Carmen

And Ironwood news on Carmen

To Baker Mayfield by the way

To Baker Mayfield by the way

A prognosticator about what

A prognosticator about what 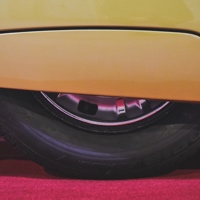 Small city in Louisiana after

Small city in Louisiana after