John McGinness spent more than 31 years with the Sheriff's Department and has served in every service area of the Department. He is a highly decorated veteran with a background in many high profile assignments. McGinness served for many years as a member of the elite Sheriff's Motorcycle Detail where he was a training officer and team leader. He also served as a CSI investigator, homicide detective and department spokesman. McGinness was promoted through the ranks and ultimately commanded the Centralized Investigation Division until he was appointed under-sheriff in March of 2001. McGinness served as under-sheriff until elected sheriff in 2006. McGinness is an adjunct professor of criminal justice, communications, leadership and professional studies with the California State University. McGinness hosts his own show on Sacramento's top rated NewsRadio KFBK on AM 1530 and FM 93.1. McGinness holds a Bachelor of Arts Degree in Criminal Justice with a minor in Public Administration and a Master of Science Degree in Emergency Services Administration from the California State University, Long Beach, and is a graduate of the prestigious West Point Leadership Institute. McGinness was appointed to the POST Commission by Governor Schwarzenegger in 2007. John lives in Folsom, California with his wife, Peggy, and their two children.

Good afternoon from the Bonnie

Good afternoon from the Bonnie

Cheating. Every time. Would

Cheating. Every time. Would

Crime themselves. So I find it absolutely disgusting and infuriating

Crime themselves. So I find it absolutely disgusting and infuriating 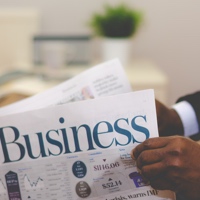