Bengals at the Combine in Indianapolis, taking a closer look at Joe Burrow 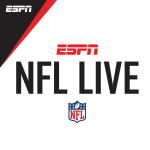