The Tesla Model Y is sized just right, and this will help it stand tall against rivals - Teslarati 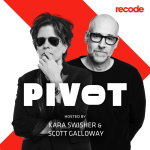