What Children Need to Succeed in School... and Life with Rick Ackerly 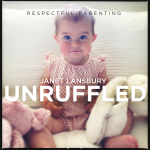