NBA Draft Profiles: Kentucky's Tyrese Maxey needs to tighten up a few things about his game, but there's a good case to take him in the lottery 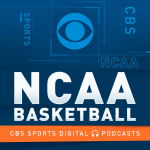