Let It Roll: The Jim Morrison Biography That Kicked Off The Doors Revival 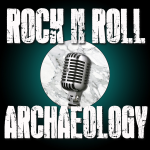