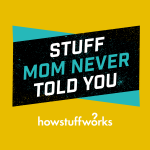 Hey, you know. The world's Kinda in a real scary place right now with a creeping authoritarianism and like disease and All of the horrible stories we hear about every week. I'm Robert, Evans, I'M A. And I cover the international fascist movement and. In two thousand nineteen July of that year. I decided to do something a little bit different. Instead of covering horror, I wanted to go look for hope and I found it in a place. You might find kind of unlikely. Northeastern Syria to the region I visited is known as Rhodesia, and when the Western media covers it. They mostly just refer to these people as the perks. Since two thousand, thirteen, a loose alliance of revolutionaries over there have been fighting to not just drive back Isis, but to establish something of a utopia and Galateri in feminist ecoconscious community in a place that previously had known mostly war and terror. In the women's War I'll take you to this place and I'll introduce you to the revolutionaries fighting to build it. Brave women who battle for quality with an AK47. With a spade and with a pen. Follow me as I traveled to a land of war, and hope a police trapped on the edge of Utopia and oblivion. I'm Robert. Evans listen to the women's war. The iheartradio APP apple podcasts forever. You the door podcasts.