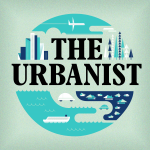 The although I imagine talking you'll listen to your stories on monocle twenty four brought to you by the team behind the urban est the show all about the cities we live in a batch a beach house a holiday home them or a crib. The name may change but for most New Zealanders the building itself plays a leading role in summer vacations gone by so is the modern equivalent of this kiwi dream looking more and more out of reach h this week's tall storey markle's David Stevens takes us on a trip down memory lane to why Kenai beach to his very own family batch. If you can't see the beach you can definitely feel it. It's an ear so heavy with so you can taste on your lips or in the sand of crashing waves from behind the tree line besides everything is swept with sand the bet garden callixte deposits when the wind whips up enough so does the spot by the door where you take off your shoes after an evening running through the June's Kiwi batch breeds. Rates and out with the tides and New Zealand is never really far from the ocean. The father's point in the country is still listed one hundred twenty kilometers from the shore Kiwis as who move off the island somehow end up even closer to the water holding it somewhere in the pit of this stomach or the base of the spine my family bitch or the Beach House is we called. It still has memories living inside it even long after it was sold it has my first jellyfish sting in my wisdom of a splinter. Someone really should've sanded that Dick Don's parties in the living room with my granddad and staying up late to see in the two thousand on TV only made it team P._M.. Mini Kiwis hold similar hazy pieced together memories of their own holiday homes and while the numbers Mary differently on the novelty beach theme litterbox the sentiment remains the same the holiday harm is an ad C._n._a.. But we did this particular holiday trope come from news even does want to see the result of victory in order programs in in a better standard of living forever renews. They want homes what a home is the basis of the simple things but made victory worthwhile the things that men gave their lives for postwar to the country experienced a building bone the fifties. Fifties also brought about road improvements bit connecting the small sand swift towns of the coast to the city. It was the Pacific recipe for this particular brand of middle-class holiday making to take hold and the country the properties would pass down three generations while the collection of Tom Joins records grew in the puzzle pieces seem to finish and it's not uncommon for generations of memories to reside within the same foibles tides go out bubbles best in the country now faces a housing shortage. The average Kiwi can hardly defend earning house that lived in three weeks out of the year the newest generation of family making New Zealand is a having to consider a life lived without even owning one home they aligned to so what can you do well. You could book beachside aside Airbnb but the result is a bit too clinical. That's not your collection of driftwood assembled on the window so you don't know the six clubs as missing from that pack of Qods how to get hot water in the shower just right after chilly debt and the Pacific off besides you WanNa get to know your occasional neighbors just as well as city ones you need to Mr Hannan to throw your cricket Baalbek when your uncle hits another six over the fence or Mrs Bradley Two. What are your front garden in the flower beds are looking particularly patched? Doc without them the places just a quiet. It's unclear if the prospect of earning a holiday heim return anytime soon for generation of property challenge twenty-somethings or the holiday industry will win out and turn this element of national identity into a series of Solis coastal motels. Perhaps what we can do is take part in a bit of urban rebellion to bring a sense of beach house living to own apartments off. Let's admits embrace the temperamental Stove Top's and incomplete puzzles and let's bring a little bit of the batch Beckham Venus into tall stories are monocle twenty four production. I thanks David Stevens for today's episode. Remember tune in every Thursday for the full thirty minute edition of the thinnest. Imagine Talk Goodbye thank you for Listening City Lovers Louis why not take a wonder into the wonderful world of Monaco with an annual print subscription. You'll receive chief tennis shoes of the magazine. A year plus are seasonal specials. The forecast and the escapist subscribes to our one year plus and premium package is also receive our new annual the Monaco drinking and dining directory and that's not all age of our plans.