Part Three: How The Dulles Brothers Created The CIA And Destroyed Everything Else 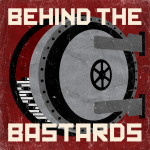