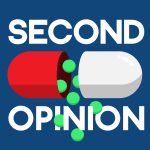 This is Dr Michael Wilks with a second opinion. It may seem that police brutality, racial discrimination, Kovic, nineteen and injustice have nothing to do with each other or with health care, but they are completely related and share. Root causes related to the social determinants of health. Earning a living wage having affordable housing with a safe environment paid leave an equitable and high quality, education system, or all mission, critical objectives for a healthy civilized society, but we are failing across the board. We have seen the disproportionate impact of covid nineteen on Latin X and black communities, but this disproportionate death among people of color is not new. We've known about it for decades and have done little to address the underlying systemic. Systemic problems that lead to premature death and disease in healthcare there are powerful and wealthy stakeholders that seek to maintain their power and wealth, and are unwilling to engage fairly resource. Poor communities, doctors, pharmaceutical companies, insurance companies, clinical laboratories, pharmacies and hospitals are all politically powerful, and you don't mess with them. They use this power to stay in power and increase profits working to fix poverty reduce racism improve how or reduce food insecurity. Insecurity are simply not in their self interest the journal Health Affairs points out that if we could consider the US healthcare a country, it would have the fifth highest GDP in the world. CEO's have healthcare organizations earn millions of dollars. Doctors earn hundreds of thousands of dollars and other healthcare providers are compensated way above the average American so they have little in common with those of lesser means one pervasive problem. Is that we? We have sub groups that are walled off and sees those outside of their group as others, this concept of the other and feeling, those groups as less than is what drives toward racism disrespect for genders and other divisions, those who get the best healthcare in America are the wealthy. When a wealthy person comes to the emergency department, they are taken aside away from the riffraff and get admitted quickly to a nice hospital room. Many parts of the University of California Healthcare System won't even provide chronic care or follow up care to poor patients those on medical, and certainly not to the uninsured. Why because they can't make a profit and that's important to them. Do we consider this acceptable behavior for our public hospitals? Over the years, medicine has contributed greatly to creating myths and justifications for racist behavior. It is time for healthcare to move from being part of the problem to being part of the solution, but power and wealth stand in the way of caring for those who are excluded from healthcare or suffer from the deadly condition of skin color, related to stop talking about disparities and create a healthcare system that is focused broadly. unhealth is caring and is truly an integrated system. This is Dr Michael Wilks with a second opinion.