Brews & The 'Boys: Is it time to panic for the Cowboys? 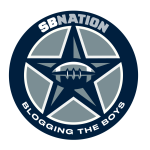