How Polar Bears Keep Their Cool 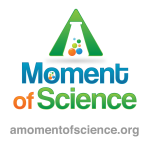 If you found yourself instantly transported to the freezing Arctic your first concern would be keeping keeping warm. But what about the animals that make their homes on these vast fields of ice and snow. The polar bears need to worry about freezing to death. Actually a polar bears biggest problem is keeping cool not keeping warm thanks to its thick code for its tough hide and a four inch layer of blubber a polar. There is extremely well insulated. Indeed if a resting polar bear is photographed with infrared film. kind of film which can measure the amount of heat escaping being from body. The polar bear won't even show up at all that doesn't mean polar bears are as cold as the surrounding ice their normal body temperatures about the same as hours. It simply means that polar bears retain their body heat very well. In fact a polar bear can rest in a pit of icy snow at temperatures as low as minus thirty four degrees Fahrenheit without needing to burn any extra fat for warmth while this insulation is great for keeping warm. It can lead to some serious overheating as a result. Polar bears don't like to run after their prey chasing seal it only four and a half miles an hour. A polar polar bears temperature climbs to a feverish hundred degrees. It may have to lie on. Its back with its feet in the air to cool down. Polar bears prefer to hunt by waiting anura hole in the ice and letting dinner come to them. It's the best way to conserve energy and keep cool in the Arctic north. This moment of science comes comes from Indiana University. There are thousands more moments of science on our website at a moment of science dot. Org where you can also view videos IOS and sign up for podcasts. I Nya Cassandra.