How Are You Doing, Really? + 10 Things Currently In Your Circle of Influence 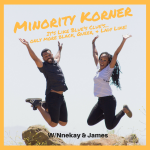