20VC: Benchmark's Bill Gurley on 5 Traits Benchmark Look For When Adding To The Partnership, Why The Abundance of Capital Is Today's Biggest Challenge in VC & The Right Way To Think About Market Size When Assessing Opportunities 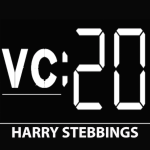