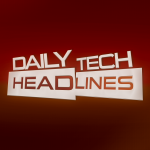 The rich traveling these tech headlines for the week that was. Us Senator. Josh Halley published a plan to remake the Federal Trade Commission to provide more direct congressional oversight as. Well as better scrutinize big tech calling up Google and facebook as instances of the FTC failing to protect consumers the plan will put the FTC within the Department of Justice. And replace the Five Commissioner panel with a single Senate confirmed director it would also create a digital market research section of the FTC specifically. Look at Big Tech Howley also called for new legislation to give the FTC the power to levy fines on first time civil penalties and the authority to enforce data portability and operability standards as well as to give state attorneys general the Authority to enforce the same laws as the FTC. The Israeli publication hurries published. That the elector APP used by the country's Likud political party contained configuration. That could allow anyone to access. Israel's entire voter registry viewing source on the APPs homepage showed user names and passwords of all administrators allowing anyone to log in and download the information. The voter registry contain the full names identity card numbers addresses and gender of all six point. Four million eligible voters in Israel. Developer of the APP confirmed the vulnerability stating it was quote. A one off incident that was immediately with a US district judge has ruled in favor of sprints twenty six billion dollar deal to merge with T. mobile which now only needs the California Public Utilities Commission approval to go forward attorneys general from a dozen states sought to block the deal. Arguing the combining the number three and number four. Us carriers would stifle competition and create higher prices for consumers. The company said the merger would help them compete against. At and T. and verizon and build a nationwide five G. Network more quickly the US. Federal Trade Commission has requested information from Alphabet Amazon Apple and Microsoft about mergers that were too small to report to antitrust agencies. The companies are asked to provide terms scope structure and purpose of each transaction made between January. First Twenty Ten and December thirty first twenty nineteen will also be asked to provide details on post. Acquisition Integration Product Development and pricing as well as how data was treated the. Ftc said. The request was part of a study of the issue of companies buying potential competitors to reduce competition. The result of the studies are intended to inform future policy. Samsung Galaxy Z. Flip Clam Shell smartphone that unfolds to a six point seven inch screen a display on the cover shows notifications time and battery life on the phone is closed and can be used as a fighter for photos. The galaxies eat flip comes in purple black and its markets gold for one thousand three hundred eighty dollars for full breakdown of the announcements from Samsung unpacked event. Takeout daily tech headlines from February twelfth. What's up announce it now has two billion users up from one point. Five billion two years ago it's parent company facebook's main APP has two point five billion users in a blog post about the number. What's up wrote strong. Encryption is a necessity in modern life. We will not compromise security because that would make people are safe mobile world. Congress was canceled this week for the first time in. Its thirty three years Spanish. Health officials said there was no reason to cancel but GSM CEO. John Hoffman told Bloomberg the May has cancelled 'em WC Barcelona twenty twenty because of the global concern regarding the corona virus outbreak. Travel concern and other circumstances made it impossible for the GM to hold the event. Next door launched a new. App called next door for public agencies designed to allow police and fire departments public schools and city agencies to post updates pushed geo targeted alerts and messages according to next door's head of product. Tatyana moment development of the APP was in response to years of requests from public agencies. The APP integrates with the forward to police feature found in the crime and safety tab of the main nextdoor APP alone departments to access these notices on mobile devices. Bloomberg reports that according to sources India's Ministry of Electronics and Information Technology is expected to publish previously propose new rules for social media and messaging companies later this month. The proposed rules would require blanket cooperation with government inquiries requiring platforms to help governments trace the origins of post within seventy two hours prior records up to one hundred eighty days and establish a physical presence in India with a point grievance officers and government liaisons browsers operating systems online repositories of knowledge and software development platforms would be exempt from these rules and finally the US filed a superseding indictment against Wa wa and it's CFO wranglings zoo charging them with conspiring to violate the racketeer influenced and corrupt organizations act and conspiring to steal trade secrets. It also contained new allegations regarding violation of sanctions against North Korea and Iran among the allegations are using confidentiality agreements with US companies to obtain things like routers source code and then misappropriating that property. Basically using always routers the indictment lists other concrete examples like distributing confidential slide decks to its engineers and person taking pictures of the interior of devices after hours at a trade show in Chicago other charges involving federal investigators and hiding employment status with Wa wa remember for discussion of the news of the day subscribing to take new show at tech new show dot com. You can find shuts there and links to all these headlines there as well. Thanks for listening. We'll talk to you next time. And from all of us here at daily tech headlines Remember have a super sparkly day.