156: Jaron Lanier | Why You Should Unplug from Social Media for Good 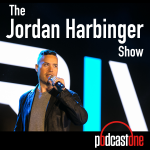