MILLIONAIRE MONEY MINDSET. I GAVE MY MOM A BLANK CHECK. WHAT IS KEEPING YOU FROM MAKING MONEY IN YOUR BUSINESS? WHAT IS YOUR CHILDHOOD MONEY STORY? ARE YOU LIVING IN SCARCITY OR ABUNDANCE? THE MONEY MINDSET YOU NEED FOR A SUCCESSFUL BUSINESS. 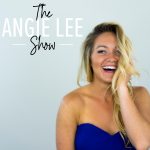