Learning How to Reduce Your Taxes, the Legal Way - Tom Wheelwright 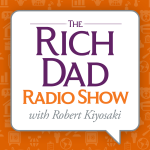