BONUS: Too Much To Say with Kalie Shorr: Random Tweets of Kindess 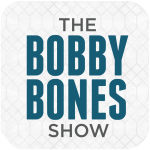