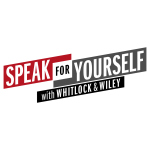 Speak for yourself from the crib today. The segment Popeye's chicken sandwich. Are we got a great show planned for you? Jason Whitlock Marcellus Wiley on a Tuesday. The day after Monday. All right stick around. We have one of if not the greatest defensive player in NFL history just around the corner in our next segment. Ronnie Lott we're going to pull up in his crib. Talk some forty niners football and has Tom Brady really replaced. Joe Montana as the go even later and better. You know who won the NASCAR race in Darlington Kevin Harvick? He's GonNa be in. The House will pull up in his crib and talk about. Wednesday's braced Nascar Race Kevin Harvest. Join US but we're going to start with the NFL as we like to do here. This is a show leans into football and some relatively significant news in the NFL. As we've talked and we'll bring in Lavar ARRINGTON FROM HIS CRIB. But as we've talked last days The NFL has tabled NFL. Owners have tabled proposal to incentivize the Irene coaches. Gm's be controversial suggestion of improving third round. Picks if you hire a black or minority head coach general manager that has been tabled but a resolution has been passed. They approved the proposal that would prevent team from blocking assistant coaches from interviewing for coordinator positions and report. The League also is making changes to the rule requiring even more minority candidates to be interviewed before a higher can be made. Progress has been made. I think why bill and Troy Vincent have done a good thing. I think the proposal that was tabled was created create conversation and put pressure on. Nfl ownership and executive. I think it was or Roger. Goodell and Troy Vincent in the League to say where they stood on the issue. But as I suggested yesterday Marcellus and let's bring in Lavar Arrington on this conversation.