Scott Gottlieb on how, and when, to end social distancing 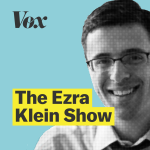