Doing Nothing Is Something 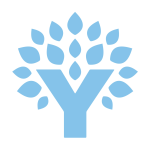 Hello my name is Jesse. Come this podcast number. Four hundred thirty for. Why would we teach you for rules to help you? Stop it from paycheck to paycheck. Get Out of debt and save more money. Doing nothing is something I know. I mentioned this in prior podcast but probably not as it relates to the markets and investing for the long haul. We did talk about having a written plan having a something that you would say. This is going to stay the same so no matter what happens around me. I will consistently do this. Plan my plan of having enough to retire my plan of this or that or investing in this way this asset allocation all that is founded on something that doesn't change so in the market is gyrating around you. Your plan is still the same and you always have to go back and say well did. Did something change. That made my plan change. And if it did not then I would in this instance only because budgeting not about this but in this instance only I would say barry your head in the sand. The point here is doing nothing is something so when everyone else is frantic and panicky. And just saying what do I do what do I do I do the ability to do nothing is absolutely precious and rare. Think about that when you have this urge like I've got it. I've got to do something. Could you put it off for a day or two or five? You might find that waiting. Forty eight hours changes everything so I would just urge you and hopefully things are calmer for you in life than they have been recently as I record this but I would urge you to recognize that sometimes. Doing nothing is the best thing you can do. And in that instance. You really are doing something. And it's laudable until next time following APPS for rules and you will win financially. You've never budgeted like this.