245: Out Of Body Journeys (Members Trailer) 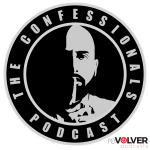 Hey, everybody. This is this week's training. Episode we bring on Seb and set actually pursued out of body experiences to no avail, but as soon as he stopped, trying is when they started kicking in, and he comes on the show to share his experiences with these out of body experiences, including times where he found himself in underwater cities in UFO's and finding himself speaking telecom medically to sasquatch very interesting episode. If you want to hear it, professionals podcast dot com hit the join button and become a member today, and you'll have access to this member show. All previous member shows in all future member shows right away now. Let's get to sell. And I was walking. It was almost kind of looking like at least dawn early don out. And Don I was cracking this field. which is probably somewhere. Out where I live here I. Don't know somewhere far out in from where I live. and. I looked and I saw three sasquatch at. How? Two hundred yards away on the other side of his field. And I I called out to them. And, they looked at me and they. Looked at me and turn their back with the widowed I could feel that they kinda turned back like. Blonde So what I did was I just kind of dropped down to my knees, and I called out again and I raise my arms her. Pleading with them like please please. and. They looked back and they. Walked across the field towards me and was. Pretty. Quick and they got across the field I stayed where I was. With, my arms up just kind of staying there watching them come across the field to me. There were. To. All three nails. To. I would say. More out of left in her keeney juror. Young younger meals bird who was in center. An older male! And he was. Charging, they were. Huge huge huge huge I mean. You? Got Right up to me. I always say eight spoke to me. The older older one spoke to me telepathically. And it was loud and clear. And Wall And their whole energy was. The whole energy was very. Gross, or like from rush for not aggressive, but just harsh that really harsh presents. and. He basically just said to me that she said to. Understand that we are in no way. Evil or bad or anything like that? We are just very upset about what? Human humans are humanity is doing cubis this natural world right now? Now what communicate it?