Ep 108: Inspiration, Motivation & Coercion: Do leaders need to be great at all three? 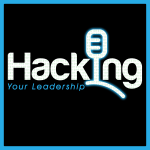