Coming Soon: Season 4, Where the Future is Now 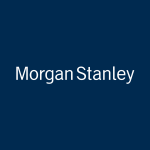 Welcome back to the Morgan Stanley ideas podcast. I'm your host. Ashley Mel tight. We've covered a lot of financial ground over the years on this show last season. You might remember was all about unexpected markets. We ate bagels played ukulele and toured a brewery in Massachusetts to understand why alternative currencies whole real value. We watch the next generation of all star athletes compete not on a field or court, but in the virtual arenas of e sports. We even traveled back in time to the Harlem renaissance with the help of virtual reality. But for season four which starts in March where packing our bags saying goodbye to the present and traveling to the future. In our upcoming season of the Morgan Stanley, ideas podcast will offer you a glimpse of what your life might be like five ten twenty years from now over six episodes will visit the places around the globe where the future is already happening because if you is already happening somewhere, it's just a matter of knowing watch look. Like in Sweden, lacking sumo's retailers, and even the government a running towards the weld without cash. And I think it can remember the last time you pay with cash, actually, it's like abroad and my own country. I can't tell the coins apart or in Tanzania where a mass transit system is changing how tomorrow's workforce will commute identity which used to take about two hours is now taking about forty five minutes that's seven all well over an hour for two hundred thousand people to Tangs body in a flavor lab who's creations can transport us around the world without ever having to get on an airplane. I've ever heard a Burmese tea salad. It's a green tea leaf, and it's really interesting in savory and chewy and satisfying. And I feel like it's going to be a big hit here in the US. We'll find a future in all these places, and so many more. On the new season of the Morgan Stanley, ideas podcast coming soon to a podcast up near you.