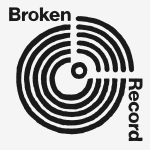 This is Malcolm Glover last fall. I launched the first season a broken record could make good friends. Rick Rubin and Bruce Heddon and now we're back for a second season debut in March twenty six we had a long talk with quest. Love told us about DJ -ing Obama's last party at the White House. I have planned to meet my grand statement. I knew I was going to get a MacArthur genius grant for this shit. Fail. Cut up David Byrne to talk about protest music, and why genomic song about police brutality? Moved him so much that it closed shows on his last tour with it doesn't scream out for Justice. It just is a list of these names and saying don't forget these people these people and by putting the names it becomes incredibly moving. We went back to Nashville to spend time with one of our favorites. Mary Gauchet, careful careful Bruce said at the best springs thing, I learned more from four minute record than I ever did in school. Shows on music and songs of always been where I've found my story myself. Vampire weekend's Ezra? Kane told us about the band's new album, and why he obsessed over fitting the word daddy into a song. Medallion play the old country song little fat, kid eats, corn and Tators. That's a real story that you're telling. Yeah, that's a real. He was he wasn't fat. And we take a dive into acapella music was pentatonic. Conversations arguments stories remembering old music discovering new music, broken record season to Pushkin industries coming to your podcast feed on March twenty six subscribe now.