The technical, societal, and cultural challenges that come with the rise of fake media 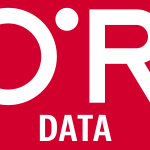