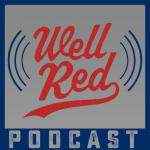 Good morning and happy light not for those of you listening to this immediately. It is your boy. The show, Qoraan forced her as you may notice at the bottom of your podcast app. This episode is not really long because it's not an episode at all. It is an apology. So I put up on Twitter that at this episode was going to be different than anything that we'd done, which still maintain is true because we've never done a mini three minute episode rat came on and just apologize to you, that there is not an episode. I will be putting up an episode later today may definitely lighter to tonight as in Wednesday or Thursday morning. I'm sorry, as you know, I usually no matter what happens on never let it get away from me, but we just just and I'll explain what fucking happened on the actual episode Tamara but we. Had some bullshit, come up and me and the wife are attempting to pack and get ready and get the dog tag care of yada, yada, yada, so that we can go to New York tomorrow where we're going to be all weekend, and then spending our anniversary so anyways, I didn't want I wanted to just put this out. So everybody would get it on the fate and know that podcast will becoming it won't be a complete no-show. Listen the cancellation. It's a postponement and it's my fault. And I'm sorry. And I love you guys and stay tuned for the episode lighter and skis. Still may place.