Its a Hit and They Get Kicked (Live From St. Petersburg, FL!) 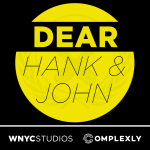