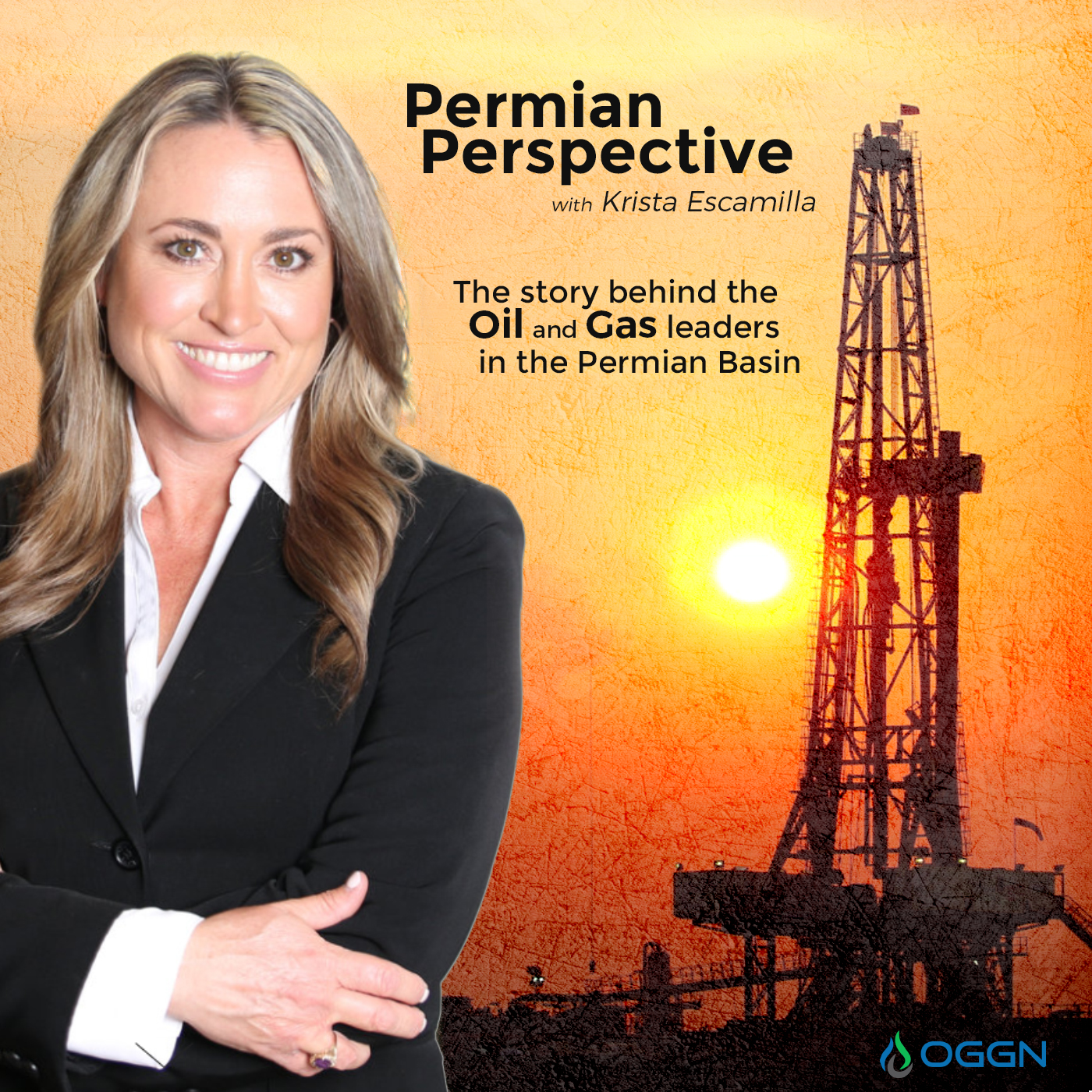 <music> the permian basin is an abundant oil and gas producing area already one of the world's leading oil producing regions the <unk> area in west texas and southeastern new mexico could nearly double crude oil production by the year twenty twenty three but who are the leaders behind this economic powerhouse and what is their story. This is permian perspective. I'm your host krista as skinny. Hello and thank you for joining us for this special edition of permian perspective. I'm krista s skinny. The permian basin is morning this week. After a tragedy hits are west texas towns of midland and oda over the weekend on saturday august thirty first at three fifteen pm. The gunman was pulled over for a traffic violation on interstate interstate twenty near midland texas department of public safety trooper was shot by the gunman who then went on a terrifying shooting spree spanning two cities and and fifteen different locations eight people are dead including the gunman and twenty one injured including three law enforcement officers and a seventeen month old girl. The gunman was eventually killed in a shootout outside. A crowded movie theater in odessa midland. Police officer rammed into the stolen united states postal van. The shooting spree caused panic around odessa midland as businesses around the city shut down and police warned people to stay indoors. You never think this is going to happen in your hometown and when it does a range of emotions happen now the healing begins. I i'd like to thank all of our first first responders who run toward danger to protect our community thank you to the medical community who jumped into action to save lives under life or death circumstances and thank you tour community who has come together in prayer and giving in true west texas fashion hundreds of thousands of dollars has already been raised by the permian residents. My former boss john bushman with i._c._a. Donating one hundred thousand dollars alone mr rogers mom said it best when you see tragedy on the news news look for the helpers west texas. Helpers are the best we're stronger together and will overcome this evil. We will be there for the families who lost lost loved ones and we will honor their memory. Please join me for a moment of silence for the brothers. Sisters fathers daughters parents who lost their loved ones. It's if you would like to help our community several go fund me. Accounts have been set up and you can find the link in the show notes. Thank you again for joining us for this special edition addition of permian perspective. We are permian strong. God bless west texas and god bless america. Hey guys this is alice. What's in here the events on deck for september two thousand nineteen. We are bringing oil and gas tech podcast to the internet of things conference in houston texas on september sixteenth through seventeen joining us. We'll see you marty sprinzen advantage. You can register online at -iety in oil and gas dot com. The midstream networking golf tournament will be held on september sixth. Two thousand nineteen in cyprus texas and address of course is golf attire. Sporting clays tournament will be on september twentieth two thousand nineteen gene in katy texas dress casual the blockchain and oil and gas conference is in houston texas on september eighteenth through nineteenth and address dress business casual offer september hope you guys have a great month and thanks for tuning deep tune in next week for another episode of permian perspective it production of the oil and gas global network learn more at w._w._w. Dot g g n dot com.