Howard Schultz, And Independents Vs. Centrists In America: They're Not The Same 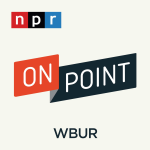