The REAL reason so many classic rockers are very reluctant to hang it up... (Rockin' Rant #38) 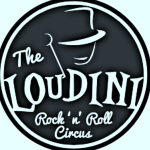