The Honest Life: Living Naturally and True to You, by Jessica Alba 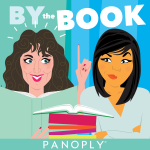