Waiting to Exascale: Prepping the EURO Model for the Next Generation in Computing Power 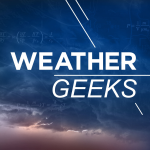