Hello From the Other Side? And Bitcoin Puts in Another Big Week 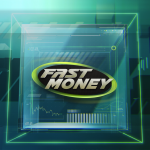