Six Tips for Preparing for the Mueller Report, Which May or May Not Be Coming 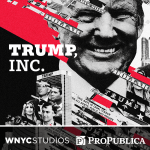