BH on Being With Nipsey Hussle Since Day 1, Responds To The Game, Wack100 and Kodak Black 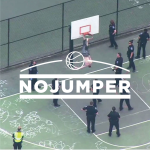