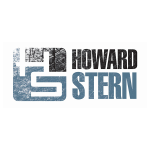 The stern show while most people are quarantined with family or friends. Bigfoot has been quarantined with spiders. Don't I was listening to this clip and I will be. I think I don't even think it spiders. I think he's calling them spiders but it sounds like it's like something else. I agree with you. I have a suspicion that it's bad bugs but The only thing that I'll say though when I did the embedded with him a couple years ago his living room. It looks like never the munsters living room. How it was covered in spider webs is covered in spider webs. So it's it's tough to call. Does that happen? I mean don't like like I saw a spiderweb my house. I just got out of vacuuming. Let's say he doesn't even have vacuum. I just take my hand like knock it out. You know what I mean He. Just let's it like this. Just leave the web hanging there. I think so and the way he described it. I almost get the impression that day our intelligence spiders because they attacked him. It is Bedrooms that he now sleep so the couch in the living room. No solid him out there. I what's going on? I mean it's easy to get rid of the spiders just like you know. Take a hose in washed down the spider webs. That'll fuck them up anyway thousands of spider. Oh my God what is going on there all right so. Let me play the clip. Here's a here's wealthy with bigfoot hardest part about being stuck in your house during quarantine lights spider bites. How many spiders during your house? I have no idea our pulls you down is our would web all over the place in college I had in here was covered web but went into the cows would be long spiders everywhere in your basement all over your couch. Yeah have you had to guess? How many spider bites have on your body right now. Maybe I'll tell you about six year Shoulders sprays Joe Over they are. They really not have you. Scratch yourself so hard. Victor Bleeding poor bastard. But how did this happen thousands of spider webs on your couch? I don't know what I'm saying like are you at least plagued by was the monsters house. I would go over and say. Hey Herman just take this spider. Knock it down but you have to leave them alone for a long time for them to amount to that level. That's what I'm saying it's crazy and you know it's crazy or get over his house. He's been bitten hundreds of times. And no superpowers yet. Our stern show.