J.J. Watt to the Cardinals and Moves That Could Change the Outlook of the 2021 Season 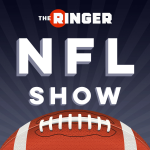