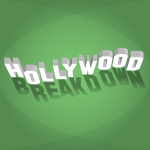 I'm Kim Masters and this is the Hollywood breakdown joining me as Bellany of the Hollywood reporter and Matt Story of the week definitely is Bob. Iger shock resignation earlier this week as chairman of the Walt Disney Company. I mean Bob Eiger has had but can only be called a storied. Ten you're at Disney huge acquisitions. Pixar Marvel Lucasfilm. He's built it into a death star of the film studio. And of course there have all the marketing and merchandising. They have launched Disney plus so all of this has happened. He has threatened to who retire set dates for retirement and then truly. I think out of the blue. He announced that he's stepping down as CEO immediately. He's he's sticking around in some sort of creative capacity but boy. Hollywood did not see that coming. No they did not a random Tuesday in February and the biggest mogul succession story in years. Drops and the question is why He you know he has said that. Bob Chip Beck. Who is the executive that is going to succeed? Iger effective immediately has been groomed for years and the board has been briefed and known about this and identified him years ago. But if that's true then that board is very tight. Lipped and nobody in the company was saying that because there had been rampant speculation about other executives. That might have taken over if I left. Kevin Mayor who just had a launch with Disney plus thirty million subscribers after less than three months Peter Rice who came to Disney and the Fox acquisition last year. He is a seasoned executive in film television news he could arguably have stepped in they went with the park sky. And it's an interesting choice. Bob Check is a guy who has no experience in content no experience with streaming and generally you know there is a bit of thing. Hierarchy even within Disney theme. Park Guy is not considered the polished smooth guy who becomes CEO of the company. And Bob Shake Cape AG-. I don't know him. He looks certainly fit but the image that you would get of this smoothly presenting the CEO. Type that is more. I think most people felt like maybe that was more Peter Rice. The WHO came from Fox. He has the content experience. He'd been groomed in all of content by Fox in indie film feature film television. He is a smooth presenter. He is a British person which may have been a thing for the American company as The Walt Disney Company Kevin Mayor. I mean nobody. I think maybe people would throw in Bob Shake Capex name and people like us we go. Yeah whatever right not really. Yes but then you look closer. And he has been at the company twenty-seven years there's a lot of institutional knowledge there. He did work in the film. Division as a distribution executive not content creative executive but he also has presided over this remarkable growth at the Walt Disney Company in the Parks Division. If you read either as recent book which I did he goes on and on about how the opening of Shanghai Disneyland which happened. A couple of years ago was the crowning achievement of his tenure and Bob. Shape was right there with him doing that. So I and the revenue at the Parks. Division has gone up and up and up. They've had a few blips star wars lands. Openings have not been smooth as possible and obviously now they're being hit by the corona virus fears but the parks division has been a consistent Revenue Growth Area for Disney and that puts him in pole position. Yeah I'll just say briefly. There are a lot of Disney super fans big theme park fans. Who have who do not care for him who think he has cut costs drastically and I will also note that the corona virus as well as what is coming in terms of expenses associated with the streaming service and what is expected to be a dip in box office. I mean this is a moment where waters will get rough for Disney. And but a lot of people still wonder what really caused this abrupt resignation. Thank you matt thank you. That's not belony editorial director of the Hollywood reporter. He joins me this Monday at one. Thirty on the business. I'm Kim Masters and this is the Hollywood breakdown.