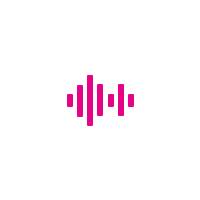 Hey everyone it's Ethan and I don't usually do anything like this but I just wanted to let you know that. My once per year tiny house bundle just went live. And if you've followed me in the past you might have seen one of these before basically this year. It's thirty three different tiny house plans. E books and courses that. I helped pick and the total value of all. These things is two thousand one hundred seventy five dollars and right now you can get the whole package for forty nine dollars before. Saturday at noon eastern so the sale is live now and it goes until Saturday at noon eastern and there are some really awesome products included this year The DIY tiny House Bill Digital Workshop led by Andrew Morrison. There is a sketch. Of course you can learn how to design your own. Tiny house A lifestyle workshop from Alexis in Christian from tiny house. Expedition macy Miller's course About traveling with your family in an RV There are several awesome e books such as your message here from Andrew Autumn. Which teaches you how to get corporate sponsors for your tiny house build Abigail Ross's Tiny House Big Book. Which is an amazing. Three hundred seventy five page illustrated guide to to building. There are twelve issues of tiny House magazine And I'm just there are more than this. I don't WanNa read them all off. there's also one two three four five six seven. Different Tiny House plan sets Three tiny houses on wheels. One Four Hundred Square Foot airframe An ad you plan from. Sean Diener Small House Catalog. And I'm one of my favorites is Derek D.C DIEDRIKS INS cabin plans for the DART. Which is a really funky little triangular cabin that he designed So again all of this is available Until Saturday at noon Eastern for just forty nine dollars that the normal price would be two thousand one hundred seventy five dollars you can learn more and get your own copy of the bundle at the tiny house dot net slash bundle again. That's the tiny house dot net slash. Bundle I just wanted to make sure to get the word out because The only way that I'm able to do this is promising. The contributors that this will only be for sale for the five days that we'd agreed So next five days the tiny house dot net slash bundle. You can get twenty one hundred seventy five dollars worth of tiny house. Plans Books and courses for just forty nine dollars all right. I will see on Friday for our normal podcast episode.