Diabetes Health in The News: Insulin Companies That Now Offer Discounts for Their Medications 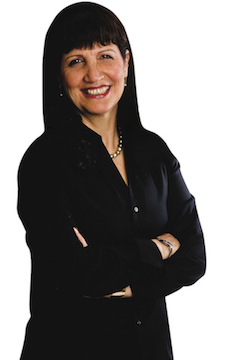 Hello I'm not Alexandra. Samri with diabetes held. You're listening to diabetes health in the news today story. Insulin companies. That now offer discounts for their medications. If you've been wanted the voices demanding change because having to choose between household expenses medical supplies and insulin has infuriated you. Then you'll be excited to know your voice has been heard easing the high cost of your insulin medication as of yesterday all the insulin pharmaceutical companies offer discounted insulin for your convenience. I've briefly describe the cost and provided you with the links and phone number so you may read the qualifying criteria to receive your insulin at a lower rate. These discounted medications are limited to us. Residents only a frazier offers several discounts for their inhaled. Insulin that range from one hundred fifty to two hundred fifty dollars a month. The program is implemented by Eagle Pharmacy. You must contact the pharmacy directly to complete their qualifying form. The offer is limited to three packs of four. Eight or twelve. Units of a frazier cartridges. A month the offer expires on December. Thirty first twenty. Nineteen to call Eagle Pharmacy. Dial one eight five five seven four. A two six six three ally lily offers up to a forty percent discount. On Their Insulin's the program is implemented by blink health offers expire on December. Thirty first twenty. Nineteen you can call blink health at one eight three three seven nine four one two nine three Sanofi Advantis offers insulin for ninety nine dollars a month through their value program for twelve months. The offer is limited to three vials of Insulin. Or two packs of insulin cartridge pens. You can call Sanofi at one eight three three eight one. Three zero one nine Zero Novo. Nordisk will start offering a generic version of their noval. Lock for ninety nine dollars a month. The offer is limited to three vials of insulin or two packs of insulin. Cartridge pens offer starts on January. Second Twenty twenty call. No vote at one six. Oh nine nine. Eight seven fifty eight hundred. I hope you find this helpful. If you're signed up on the Diabetes Health. Facebook feed made sure to like this article and pass it along to friends and family wishing you the best in health from diabetes. How I'm not out Samri.