The Sleeper and the Bust Episode: 783 Matt Thompson of ProspectsLive.com 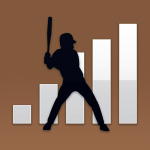