Russia Is Meddling Again, And The U.S. Is Making It Easy 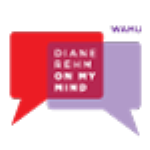