Platonic, Until Death Do Us Part | With John Cameron Mitchell 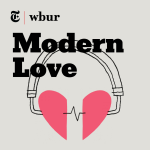