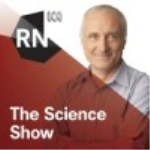 And so we end as we began with climate and c._o. Two here is professor. Geoffrey coates at cornell who's both making plastics from come dockside died and designing new and better batteries. I that recaptured c._o. Two so we've developed a catalyst catalyst is an agent that helps a chemical reaction. Take place and with another molecule. We've been able to make plastics directly from the carbon dioxide plastics like are they thin like a bag or are they solid so we can make a range of plastic season carbon dioxide. It depends on this other molecule that we add in one case he said up to fifty percent carbon dioxide and those materials are relatively soft at room temperature in fact their main uses to be used as a foam in a in in a urethane. Obviously you've done this labar trae but has it been developed practically so that it's working now somewhere with a one of my former students and a local businessperson burson we founded a company called novermber back about a decade ago and after many years of development we now have a commercial variety of this polymer which has now been licensed by large company called aramco. I'm what do you make these are materials that are called polyols and they're used in making things like foam mattresses. Who says maybe the soft material. The dashboard of your car can also be used in coatings and adhesives. Does it use much c._o. Two again it depends on the material. The two main classes material are either fifty percent carbon dioxide or about forty three percent carbon dioxide so it does use a lot of c._o. Into a lot of c._o. Two so if you look over the years the experiments you've done they develop she made you've taken a fair amount of c._o. Two out of the atmosphere. I mean obviously if we've commercialized that we've done this on on multi scale. The hope is that the material becomes commercially very successful and a great to be able to capture even more c._o. Two so so how many people are copying you well there. There's a few companies. Few companies were from the point of view of the world wants to have c._o. Two used up it would be encouraging if they had been people emulating example yeah as you can imagine we have a very strong patent portfolio that restricts the use of this only two companies license. It is their encouragement from say washington d._c. Or what you're doing is shaking his head. That's very interesting. I should add that the the u._s. Funding agencies have been incredibly generous. Both the national science foundation and the department of energy provided the funding that allow this work to happen one imagine men who is carbon so ubiquitous that there would be. This kind of effort made my turn you now to batteries this and i'll give you an example of the kind of work. That's been going on in australia this professor tom mash meyer who's professor of chemistry from the university of sydney developing epping a kind of jail. 'cause we think of batteries having liquids acid liquids which are hard to handle with a jail. You can build into <hes> houses. You can have in buildings so the fabric of the building is actually a giant battery. Is this sort of thing that you're trying to work towards so we work on a part of the battery. That's called the electrolyte and then as you just mentioned often this is made from a liquid that causes potential safety hazards if the battery artery ruptures and it's hot organic burst into flames and so what we're trying to do is instead of a gel. We're replacing it with a polymer. Given the polymers have no vapor for pressure there quite a bit safer and also can help in some of the fundamental operations of the battery and can you have scale as i mentioned you know in buildings so one of the big advantages of polymers the ways to process summer very well worked out and so to be able to make thin films of these as the electrolyte is actually pretty the easy on just imagine there being on tops of buildings and solar rays and the storage is built into the fabric of the building itself. Yeah that's certainly a very attractive possibility with asset we work in another way to store energy and this is called a fuel cell and so the fuel cells away to capture say say solar and create hydrogen and oxygen within later be converted back to water when the sun's not out what you're saying with both plastics and batteries emphasizes assizes yet again the variety of possibilities that there may be if only they give him a chance. Is that your experience yes. That's my experience signed ten years sean. What might we see if we're lucky you know things go well. In this energy revolution well in batteries are dream is to have a very cost effective perfectly safe battery artery that for example if used in a car could be charging them on time and takes you get a cup of coffee allows you to have a very long range which is obviously a current problem and can make it really so. You almost can't tell if you have a gas fuel car an electric car because you basically plugging and whether it's a nozzle gas tanker banker it's the edge of the chargers professor give coats cornell with yet to more of the options we can have detectable climate problems those with which we began the program today next week assign show special on the future of australia and space productions day because smith and and murray bitcoin <music> <music>.