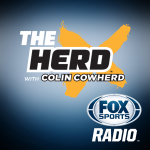 Here's to the cheaters. Google, you know the rule benders the match-fixers. The imposters escape over to Putin can I grabbed the back and sweater. Looks like he's like what? A glass raised to the schemers, the scammers, the hoaxers pranksters all the sudden comes shot. Running out into the jam is completely naked. With just his basketball shoes and socks on this trip ration- New podcast that each week deep dives into bold and beautiful attempts at deception in Sports, history with the people who tried to level the playing field to tilt the odds in their favor. Somebody up there spying on US send somebody up there and see what he's doing. dicky's got a camera. Honest conversations about dishonest acts. White powder in my hair and they were. Like led Zeppelin t-shirt, third class and I gave signals to make coaches from the left fuel bleed truce the manager in disguise the thirty year old, forging a birth certificate to play high school basketball, the fishermen with a tail too good to be true. But the Gut Punch came when they called and said officials under investigation, and then he hangs up the phone. Stories, from athletes who broke the rules? And are ready to talk about it. Listen and follow trickery on the iheartradio APP, apple podcasts or wherever you listen to podcasts.